Transform into a giant mech of destruction and battle deadly extraterrestrial kaiju monsters to save our planet! Play this FREE turn-based fighting game in which you take control of elite war robots to defend the Earth from alien invaders. Under attack by alien monsters! All the world’s nations are united in the Planetary Council to defend the world against enormous alien aggressors. Countries including the USA, UK, South Korea, Russia, Germany, China, Japan, France, and Brazil join forces as they deploy the last hope of planet Earth: high-powered giant machines of destruction converted into the ultimate defenders. Will the alliance of nations and the might of their mechs prevail against the extraterrestrial threat? Play solo or against friends! Stunning, immersive 3D visuals show you every detail of the titanic clash between mecha and alien kaiju in this uniquely action-packed turn-based fighting game. Outwit, outplay, and outsmart your opponents using turn-based fighting mechanics. Whip out a variety of punishing moves to pulverize your opponents. Protect the world from the alien threat in Story mode or test your skills through the challenging Arcade and Survival modes! Get ready to pummel your enemies to bits: play Mechs vs Aliens now, FREE!

-A Story Mode with 16 thrilling stages

-Test your mettle in Survival Mode and Arcade Mode

-Coming Soon: Local Multiplayer: Compete with other players via Bluetooth!

** Please note that while the app is free, please be aware that it contains paid content for real money that can be purchased upon users' wish to enhance their gaming experience.You may control in-app purchases made within this app using password protection which can be enabled from the setting page of the Google Play Store app. ** 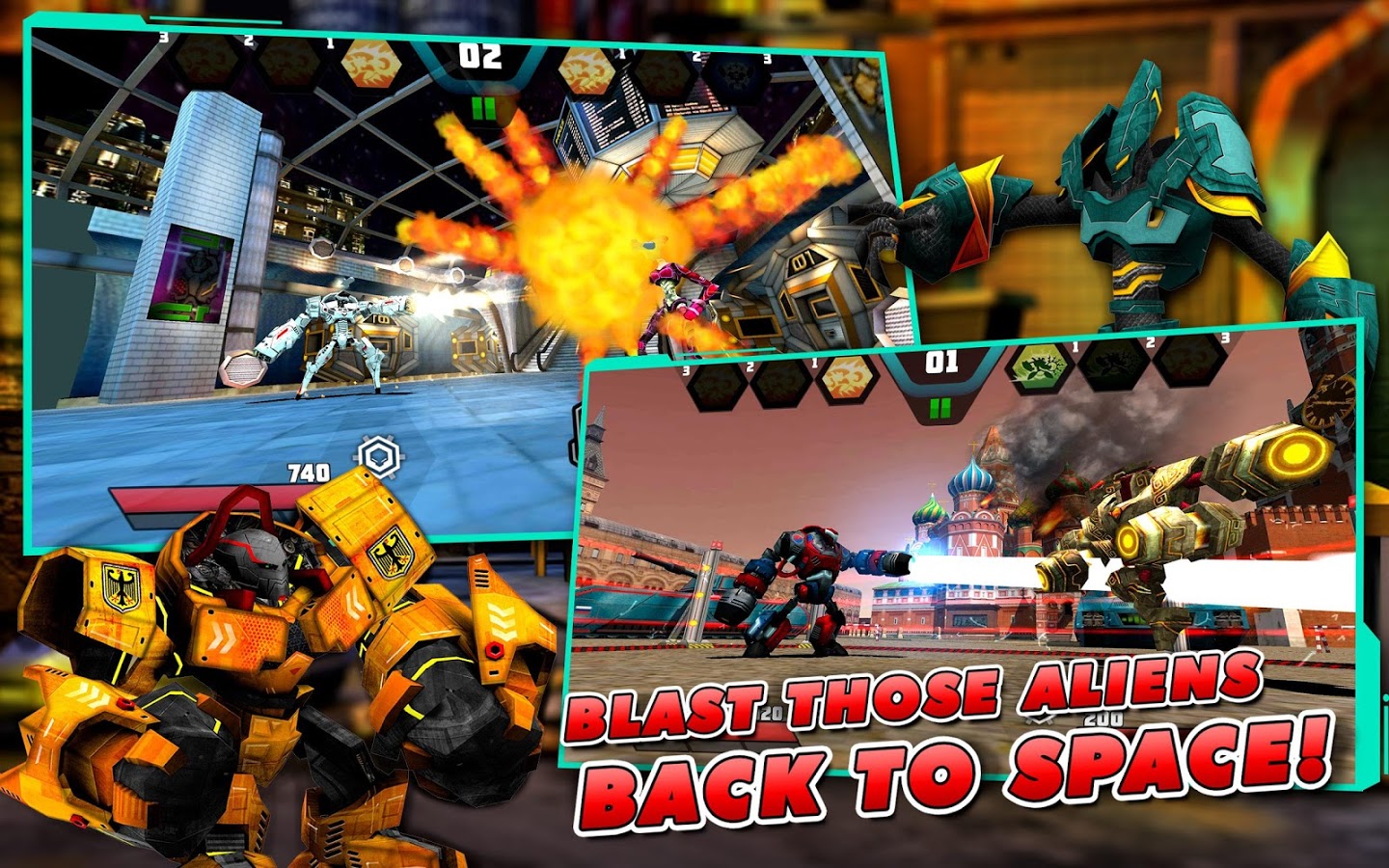 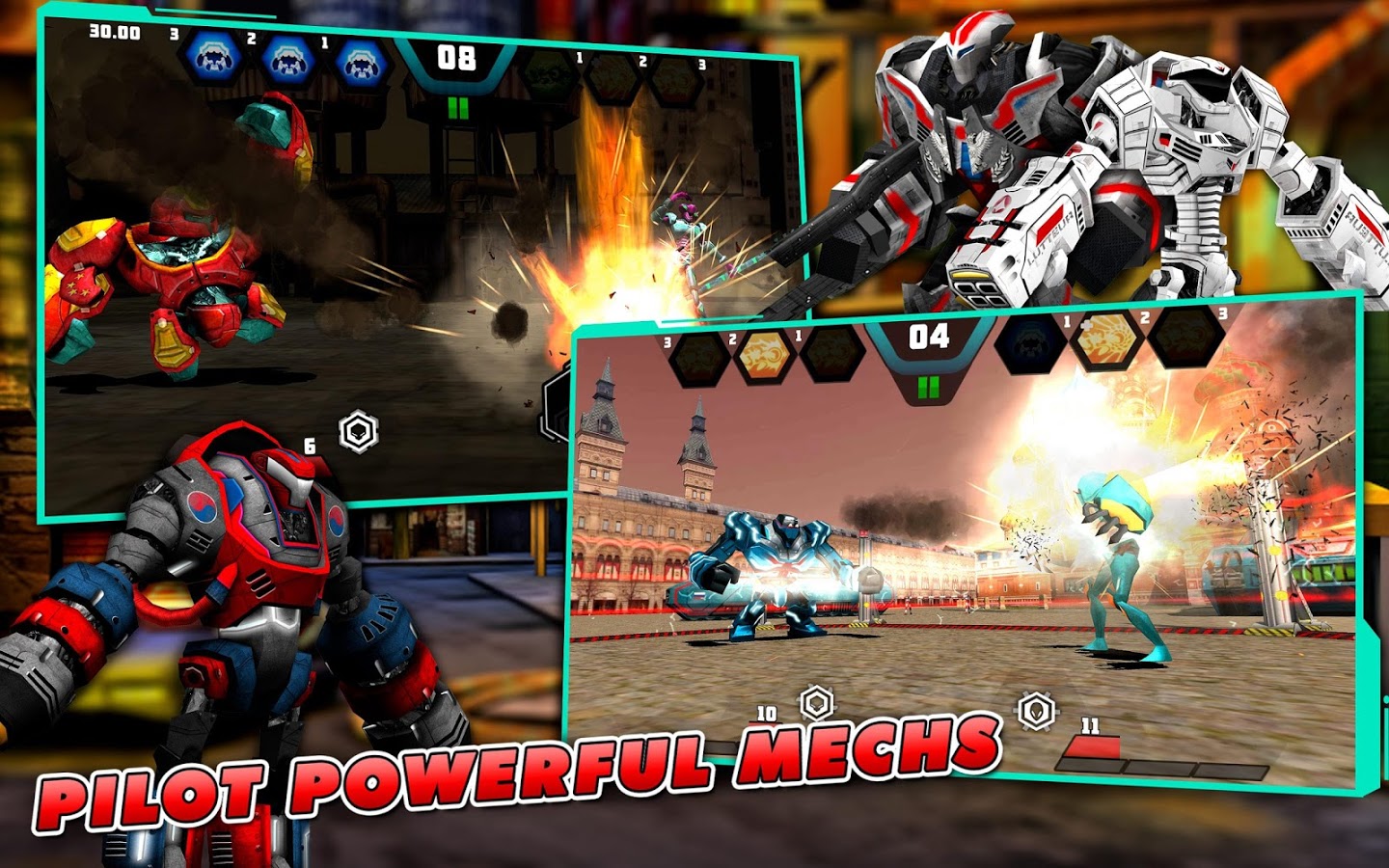 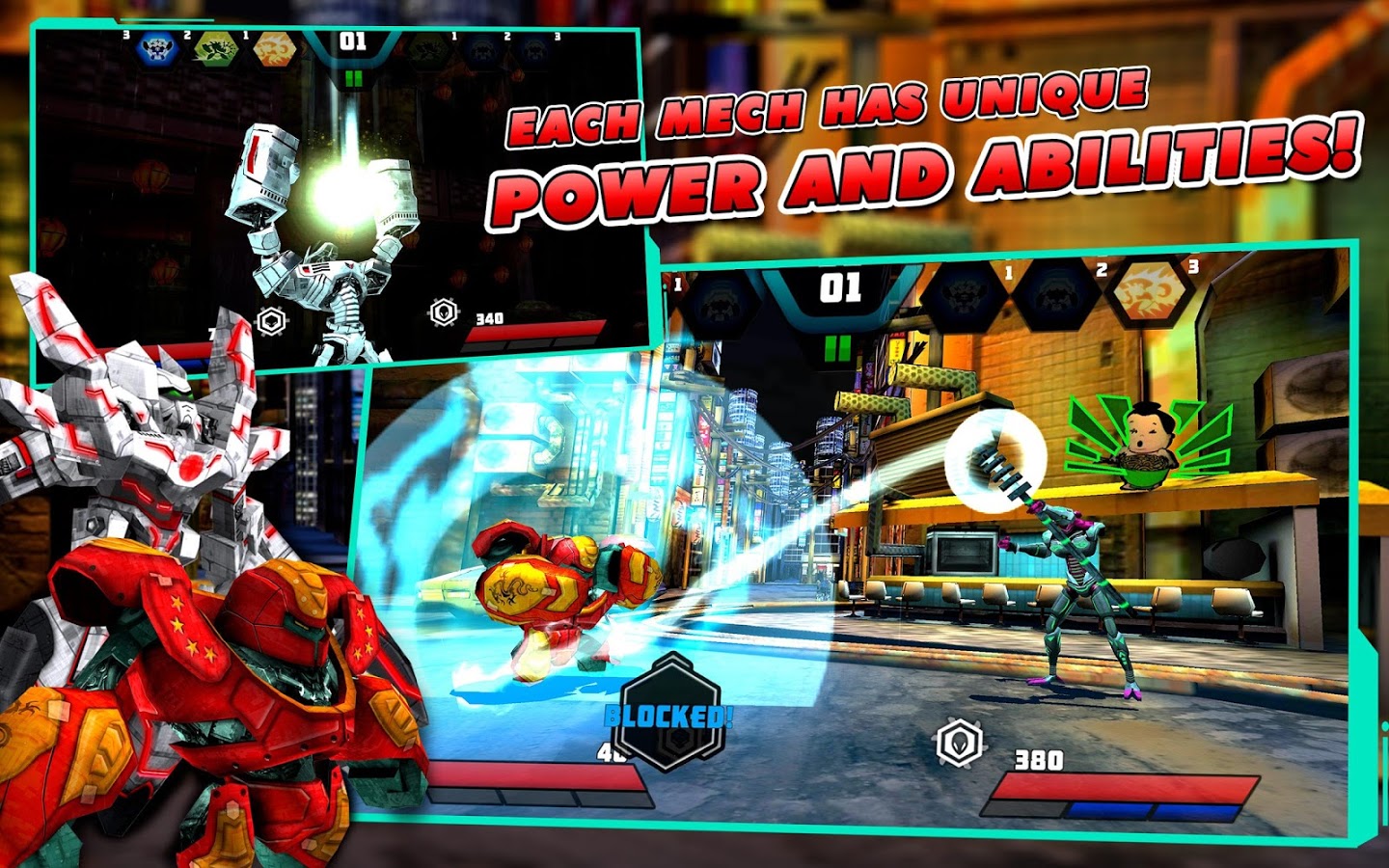 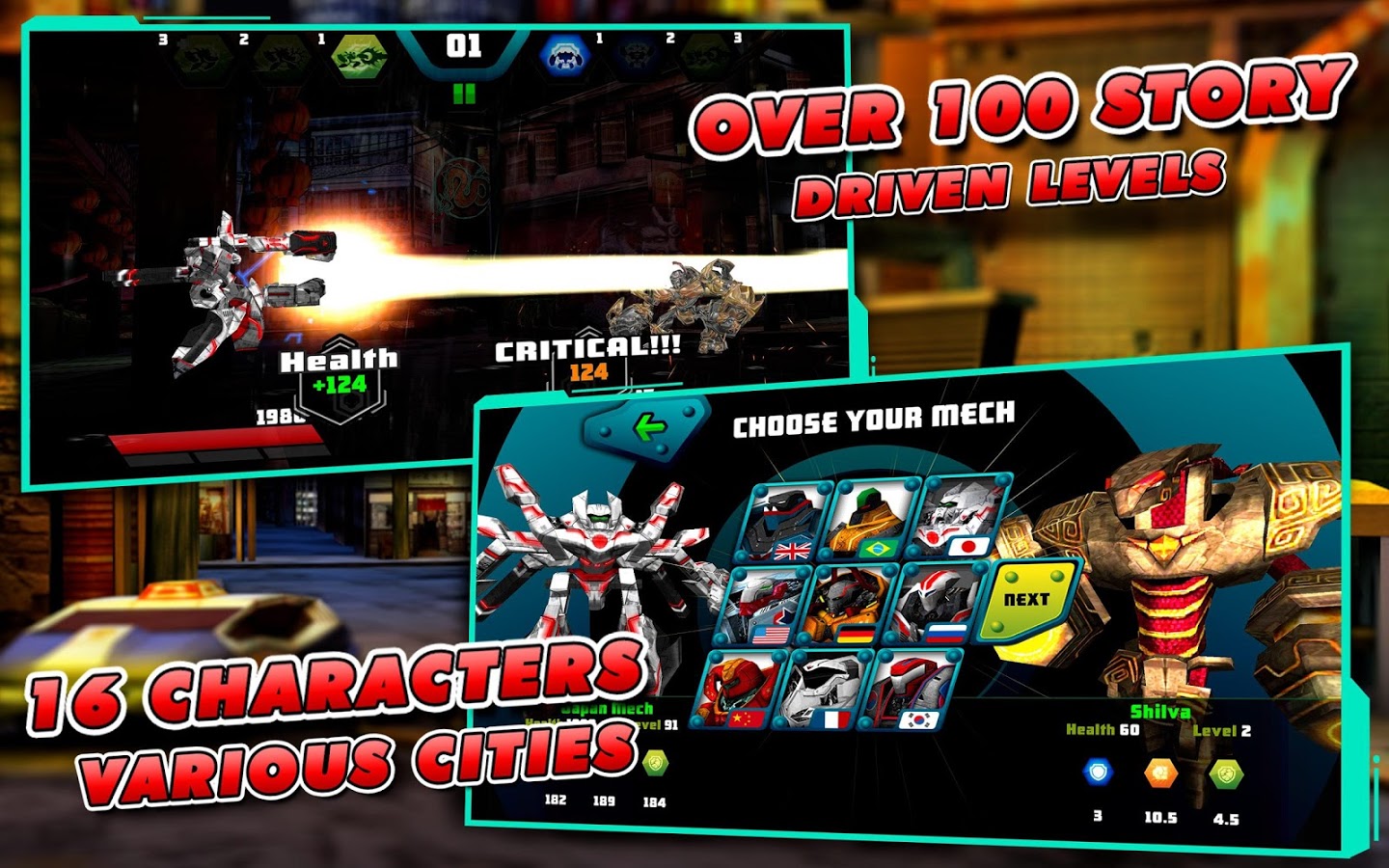