It's Hero Time! Test your skills and reflexes in this action-packed turn-based fighting game with a unique puzzle style battle system! Play as Ben Tennyson and unlock his alien powers as he fights against intergalactic threats! Unleash your favorite aliens from the Ben 10 Ultimate Alien TV series. As Ben Tennyson, you must level up and use the powers of various alien forms to stop Aggregor and other villains across the galaxy. Battle against foes, collect new alien DNA, unlock new alien forms and upgrade their powers! Take down the Forever Knights, Charmcaster, and even some secret Ultimate Foes. Ben's journey will take you to the ends of the galaxy and give you a chance to discover all-new alien forms and powers. --New Battle System-- The game features a new reflex-based puzzle mechanic in which you use careful timing to select the action that you want to make, and a tag-team system that lets you and your opponent pair up with another alien. AI opponents will telegraph their moves at the start of battle and will shuffle through them or even switch to its partner. Keeping a close eye on your opponent's maneuvers, taking note of which moves to use, and skillful timing in selecting moves and tagging-out are all essential to win your battles. --Multiple Game Modes!-- Unravel the full story or simply have a quick battle. Use the aliens you have unlocked and leveled up to challenge the AI in arcade mode. Finally, test your endurance in the special Hero Time survival mode. Every battle you win gets you closer to becoming the most powerful Ultimate Alien! It's Hero Time!

FEATURES - Smart and fun control system - Unique and intuitive puzzle mechanic that adds to the game's challenge - Level up your alien forms and use Ultimate power-ups - Play as 9 different Alien Forms such as Rath, Ultimate Humungousaur, Waterhazard, Ampfibian, NRG, Armodrillo, Ultimate Swampfire, Ultimate Big Chill and Ultimate Cannonbolt. - 8 Stages to do battle in, from Ben's hometown to the ends of the galaxy - Incredibly fun endless gameplay! - Battle against 15 different foes including Charmcaster, Forever Knights, Aggrebots (Aggregor's robot minions), Ultimate Aggregor, Kevin Levin (Ultimate Kevin) and also Charmcaster's Stone Creatures and more! - One of the largest character rosters in any BEN 10 game to date - Pair up your favorite aliens with the new tag-team system! - Versus Mode battles - Test your skill and endurance in Hero Time ultimate survival mode. ** Please note that while the app is free, please be aware that it contains paid content for real money that can be purchased upon users' wish to enhance their gaming experience.You may control in-app purchases made within this app using password protection which can be enabled from the setting page of the Google Play Store app. 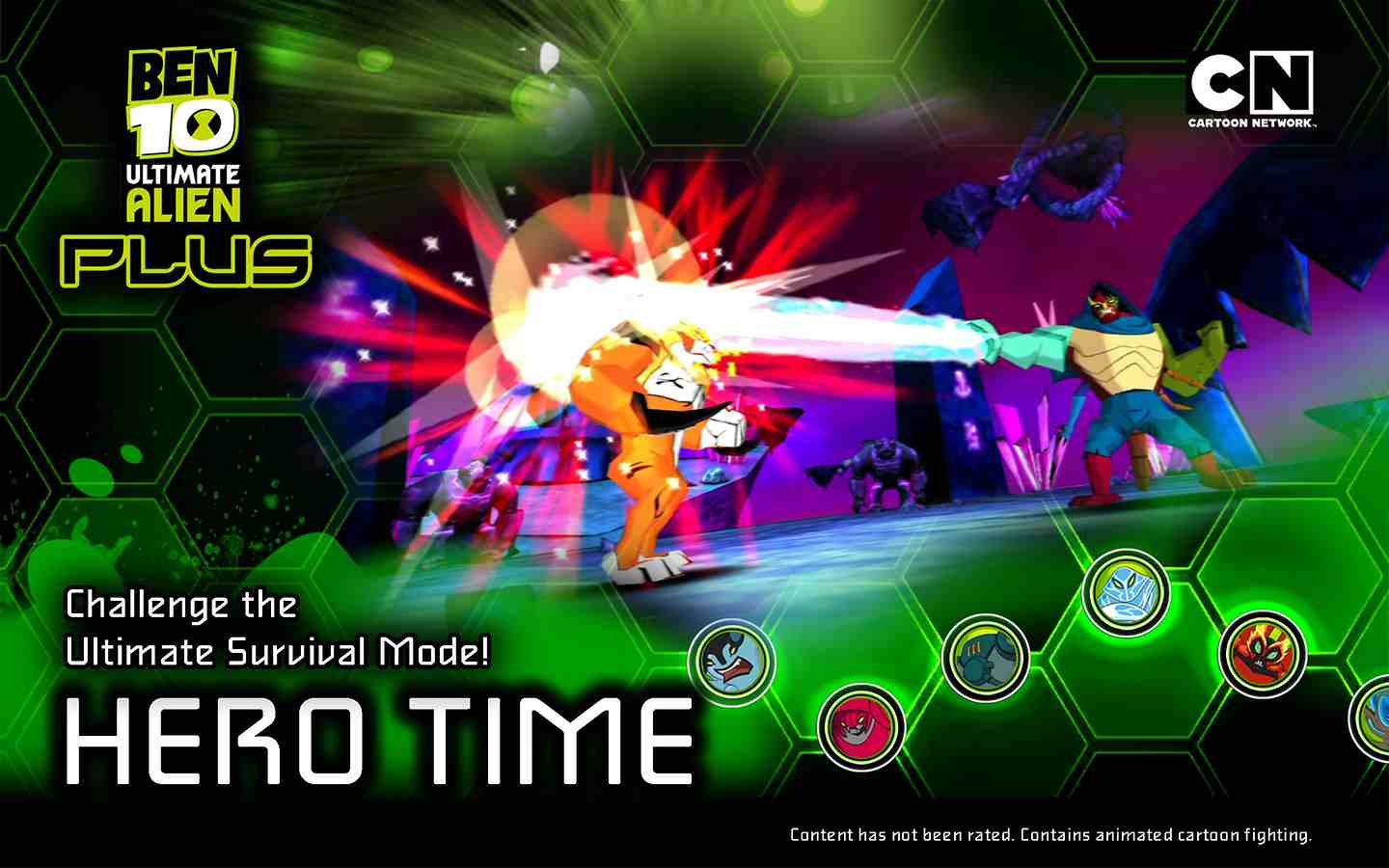 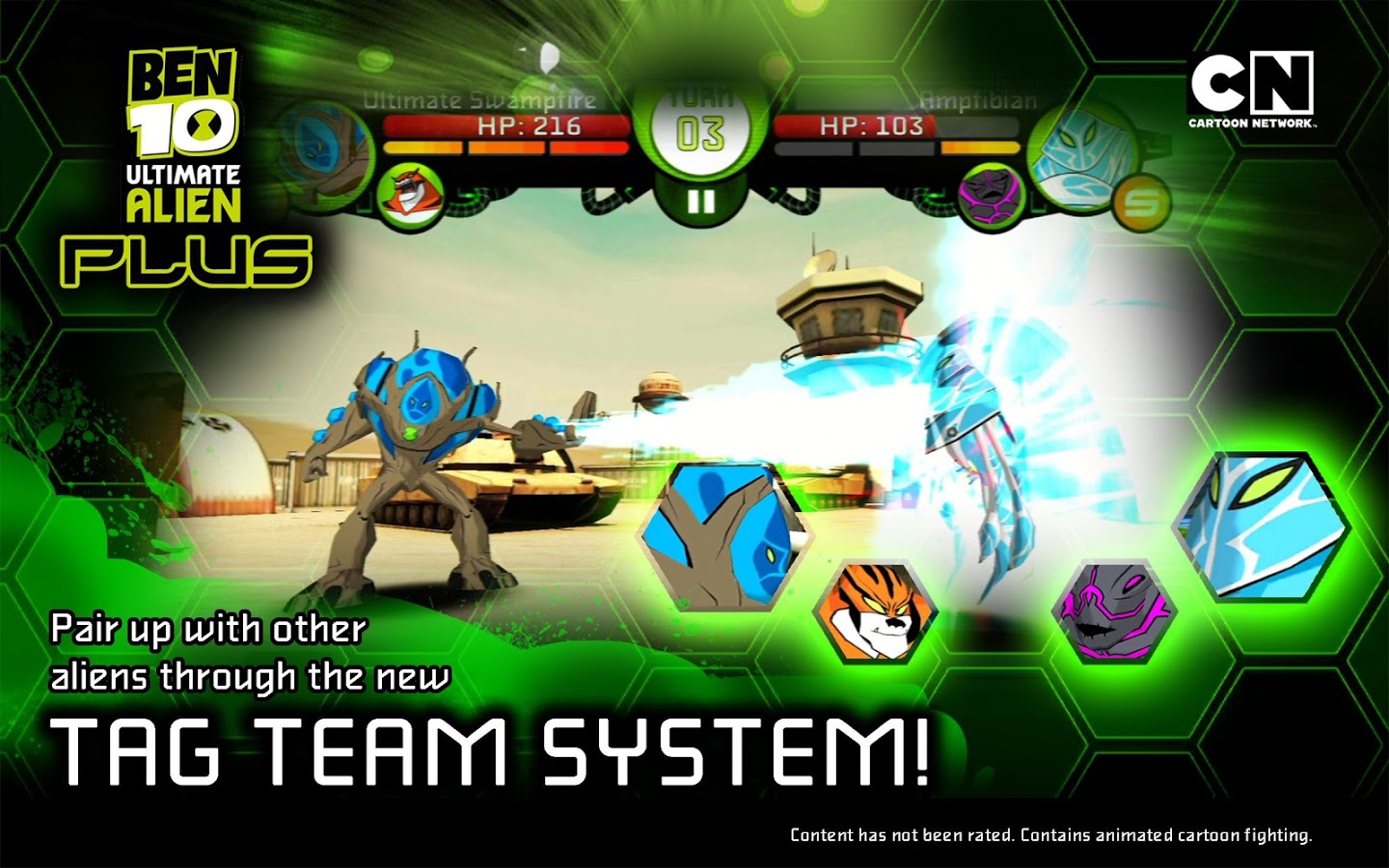 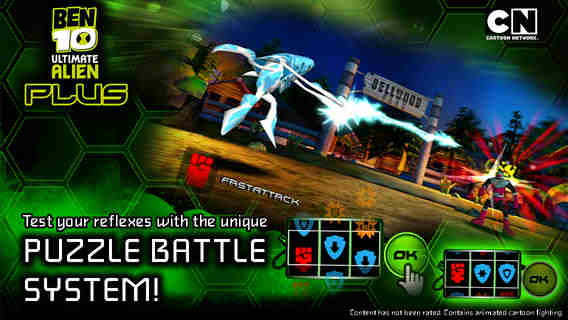 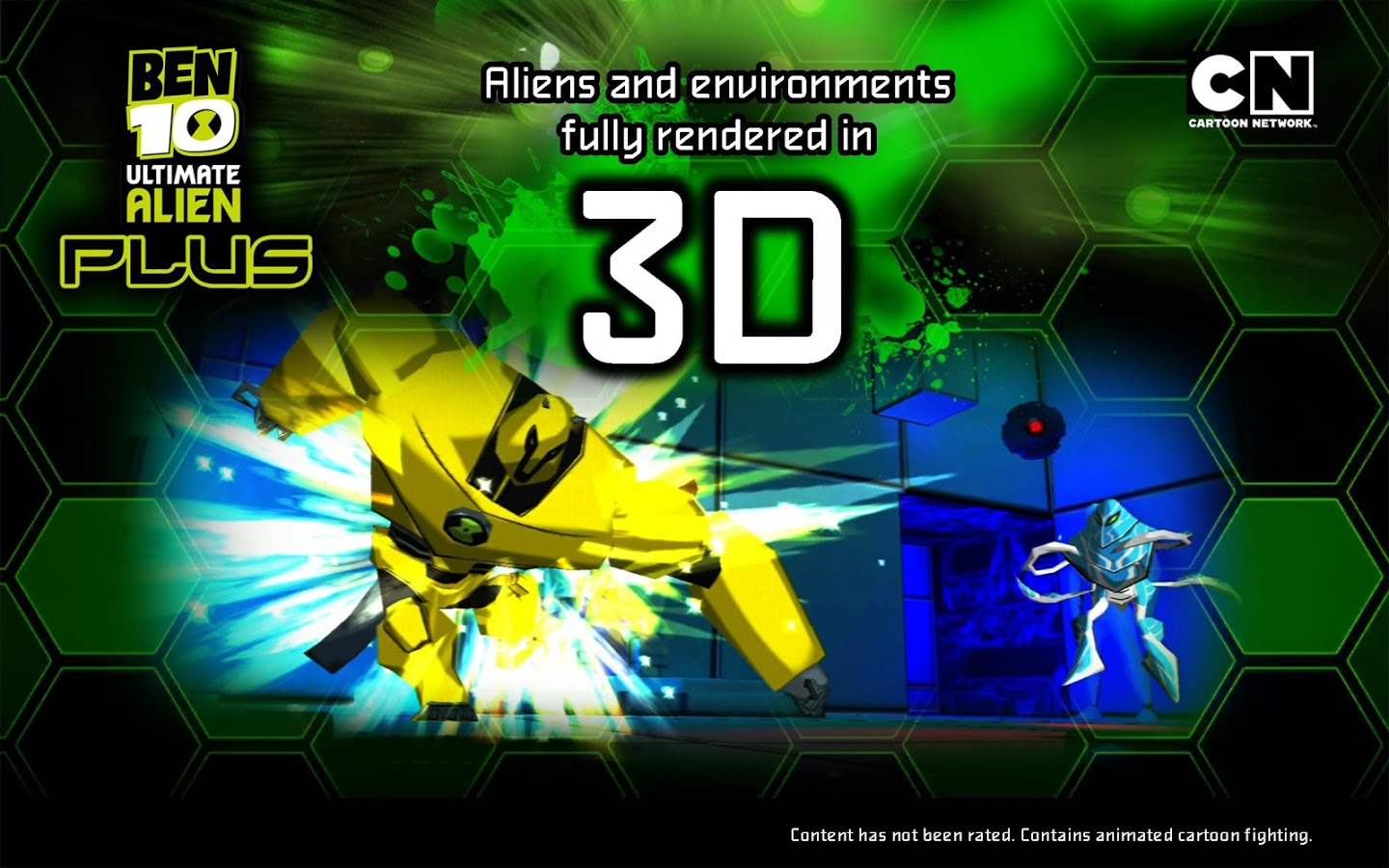 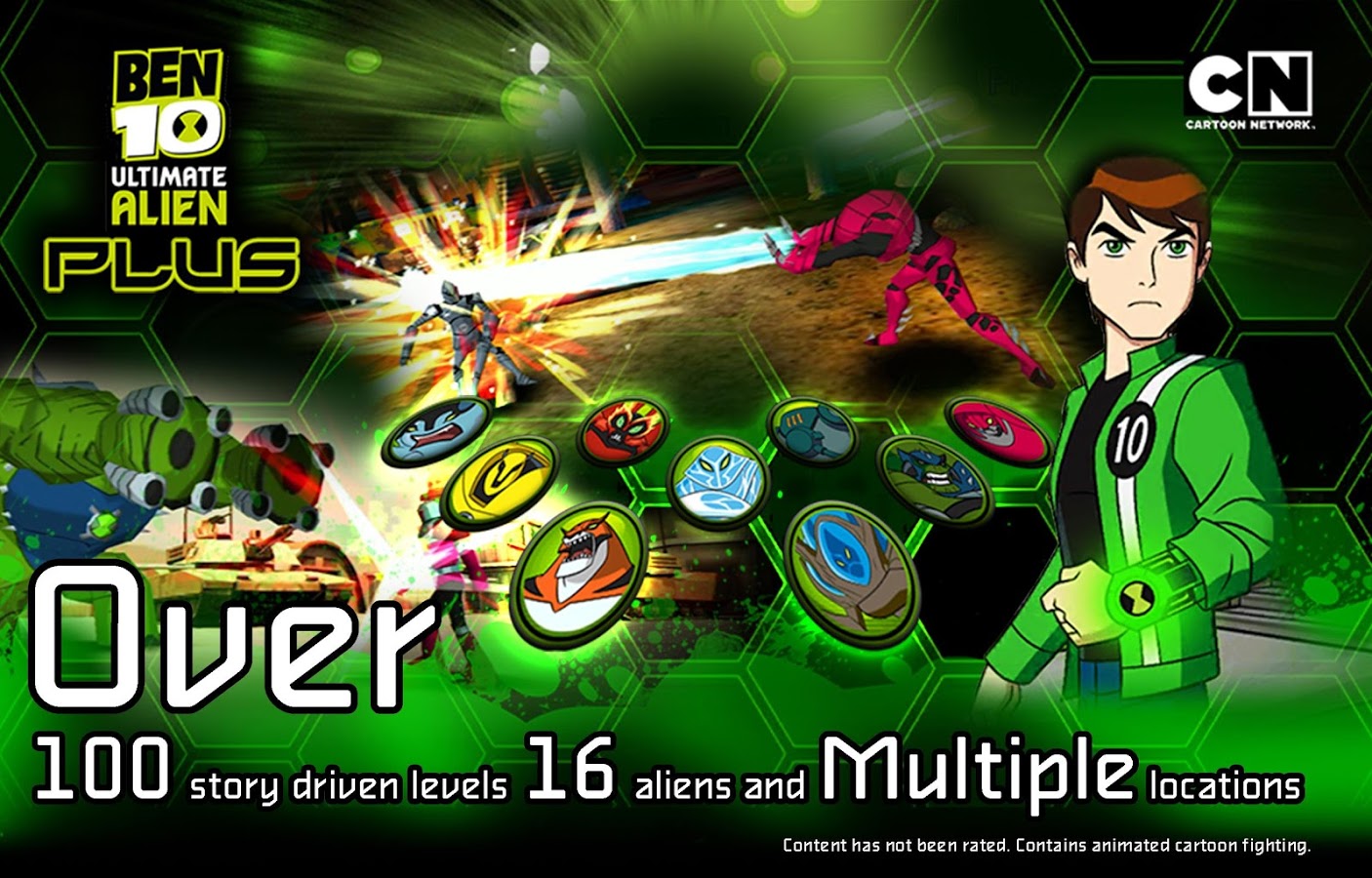